Take care of your Fort Myers home by learning about all your options for homeowners insurance coverage.

We insure Naples, Fort Myers, Cape Coral, Sarasota,  and other South West Florida areas for a primary home. We are committed to providing transparency when quoting your rental insurance and can explain the differences in companies and coverage so that you can make an educated decision. You will get the coverage you need at a price that fits your budget. 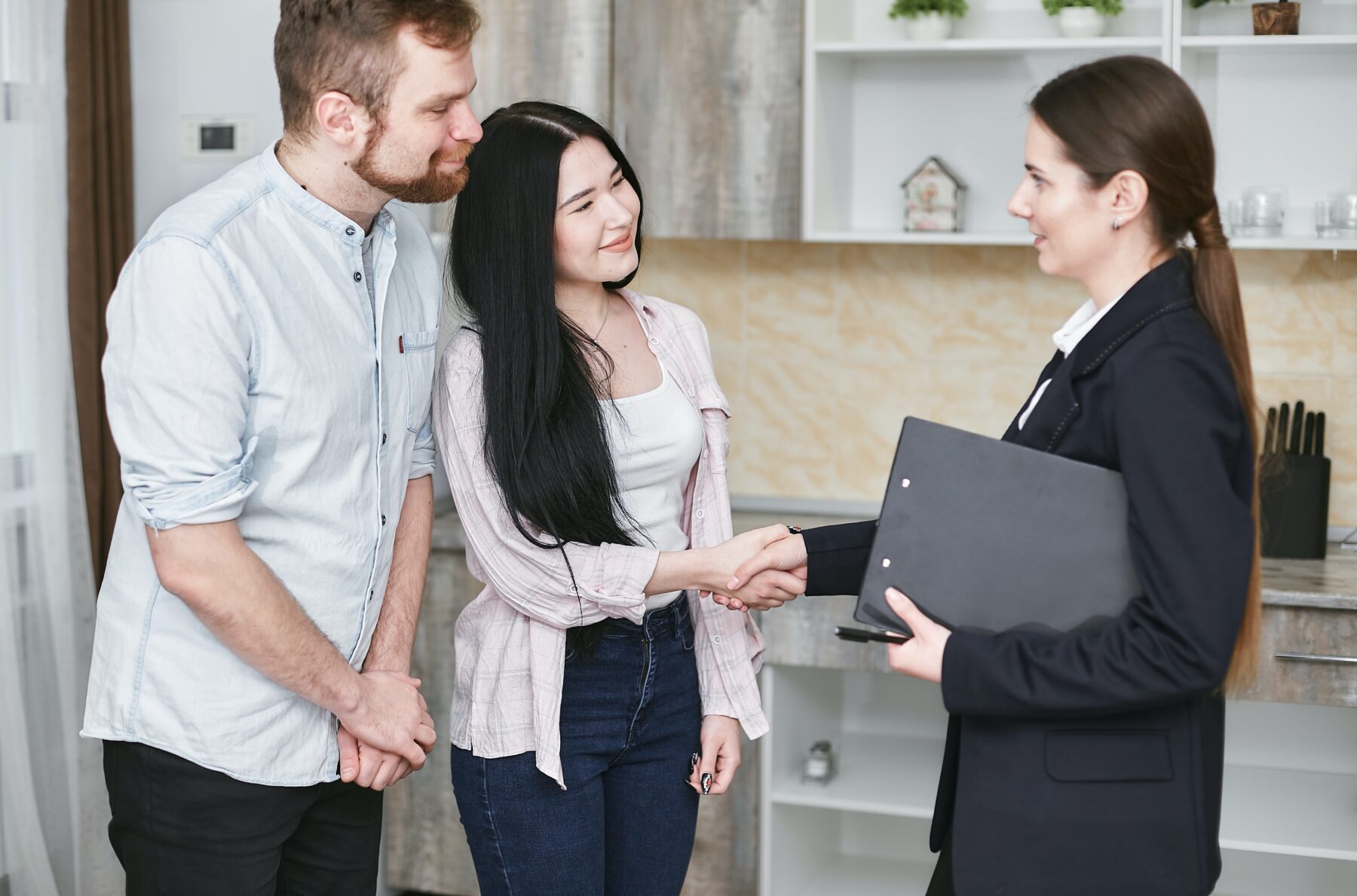 Fort Myers is rapidly becoming a more popular place for people to live in. The relaxed atmosphere and reasonable cost of living along with the local universities and colleges have attracted a diverse range of students, young families, and retirees. As a responsible homeowner in Fort Myers, it’s important to consider all options for your insuring your home. Our team’s 55+ years of experience have helped thousands of Fort homeowners across the Gulf Coast get the best coverage for their home.

We offer home insurance policies to protect every homeowner
and their property in Fort Myers, Florida. 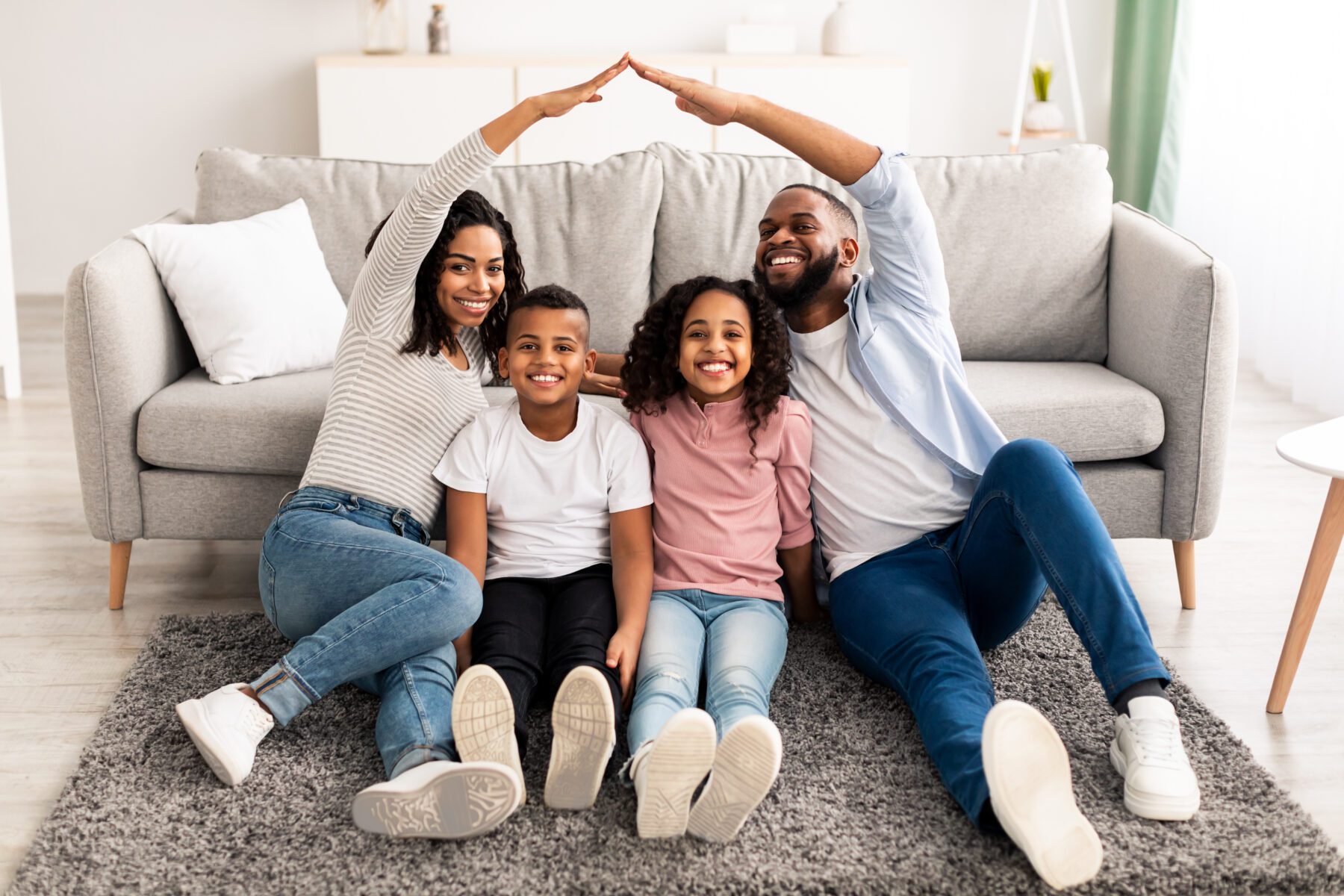 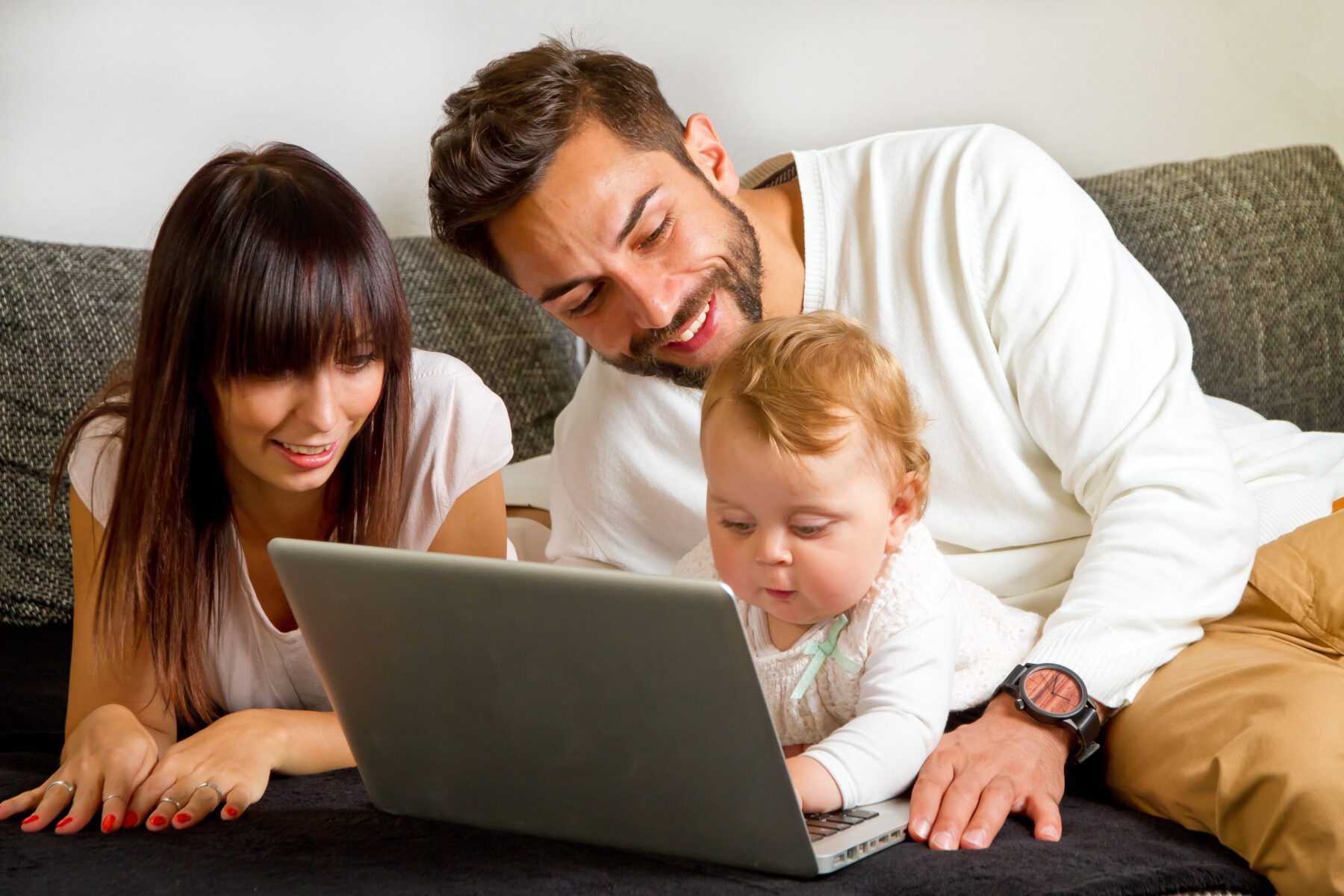 If you’re buying a home in Fort Myers, Florida, it’s important to have homeowners insurance. This type of insurance protects you and your belongings in case of damage or theft. It can also help cover the cost of temporary housing if your home becomes uninhabitable due to a covered event.

What should a Fort Myers Homeowners Insurance Policy Cover? 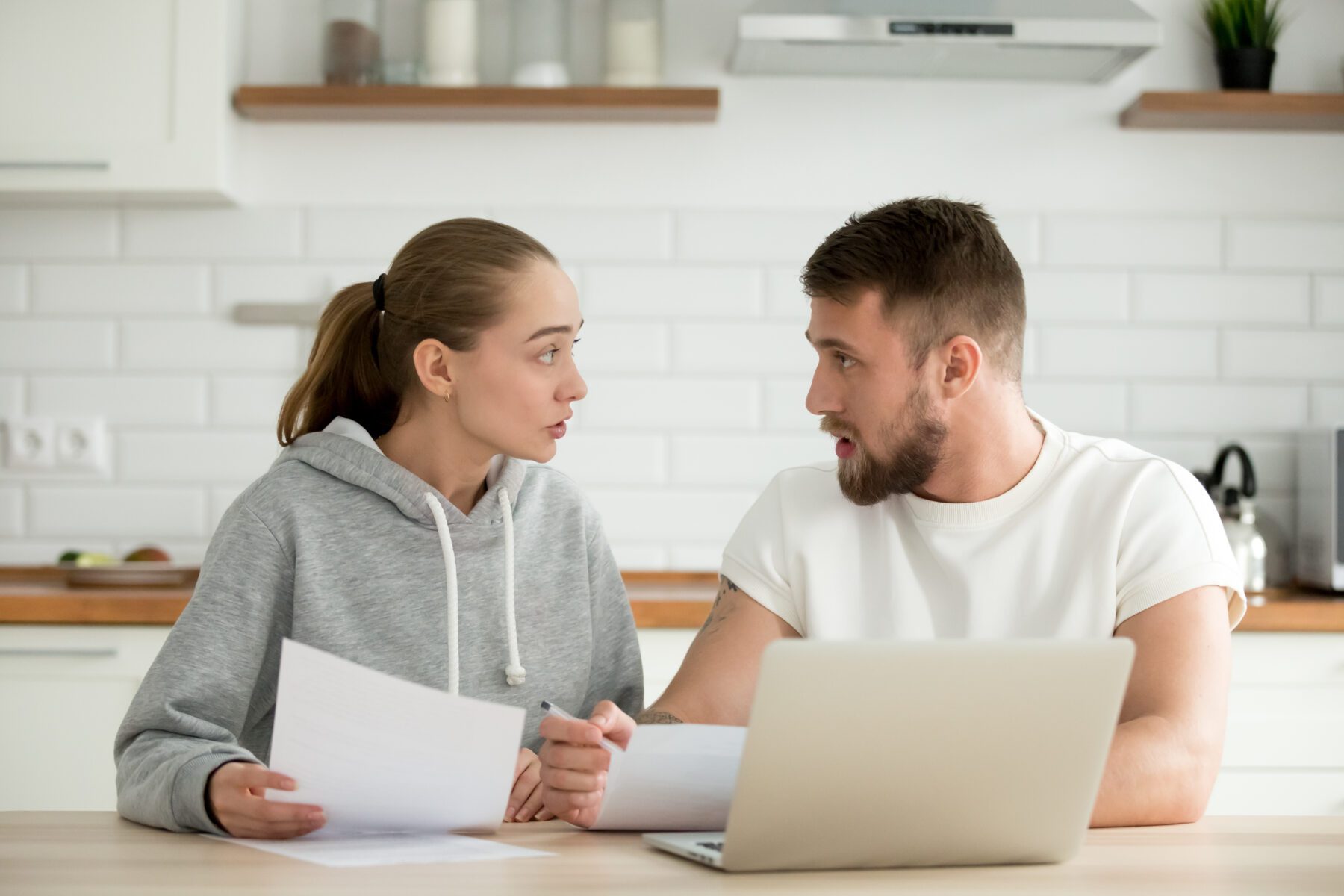 Dwelling Coverage | Covers damage from fire, storms, or other circumstances.

Other Structures | Covers other structures on the property such as a detached garage, playground set, patio or deck, or storage building like a shed.

Personal Property | Covers losses of your personal items and contents of your home.

Additional Living Expenses | Provides cash for relocation if your home is destroyed or if it is unlivable during repairs.

Personal Liability | Coverage in the event that someone gets injured on your property, or if your property is damaged through your fault.

Medical Payments | Covers the cost of medical bills, ambulances, surgical expenses, and more if someone visits your home and gets hurt.

Why is homeowners insurance so expensive? 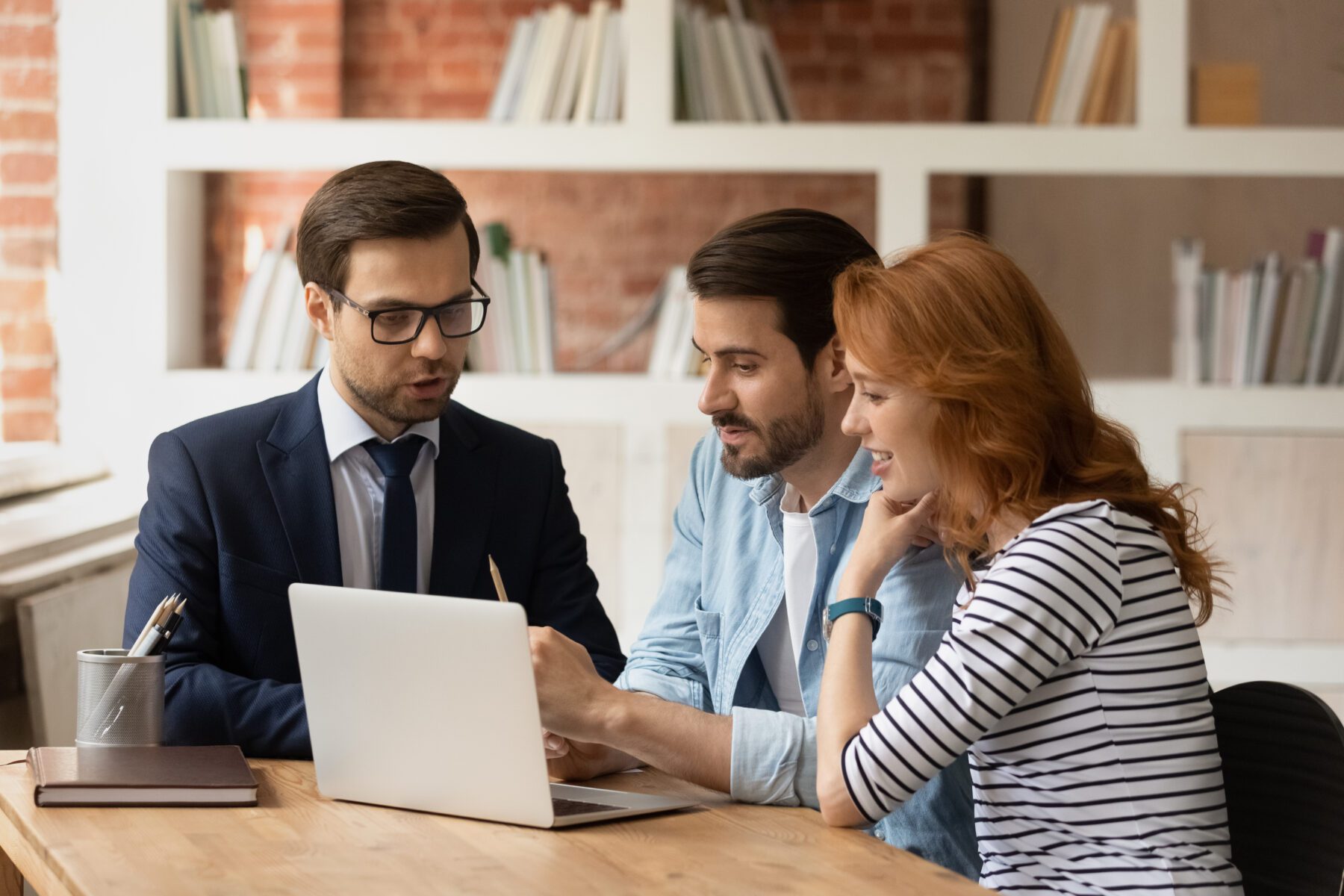 Fort Myers home insurance can be pricey. But why is home insurance more expensive in Florida? Homes on the Gulf Coast are already more expensive due to their tropical location, but that same warm weather is actually the reason why Florida homeowners’ insurance policies are more expensive than other states. The warm, humid weather leaves us more prone to hurricanes, while other states do not carry as high a risk of being hit by one. In 2021 alone, Florida was hit by seven hurricanes, four of them being major. The cost of the damage payouts can add up, especially since many regulations require that damaged homes are rebuild to higher safety standards.

There are also several reasons why premiums are rising across the country. The supply chain disruptions for building materials such as lumber have continued to drive repair and rebuild costs up as builders compete to get the limited materials. The increasing number of insurance fraud cases each year have also contributed to considerable enough losses and legal costs to the point where insurance companies must increase their overall prices for their customers.

Provides funds to replace or repair the structure when damage is caused due to a covered peril.

This will replace your  personal belongings with like kind and quality.

May pay for non-residents injuries that you are legally responsible for.

This coverage can provide financial assistance to you while your home is being repaired and is unlivable as a result of a covered loss.

May protect you, your spouse, and resident relatives under age 21 for claims you’re legally obligated to pay resulting from things such as injury, sickness, disease, and death. The coverage may also include the cost of defending claims against you.

For 15 miles, Fort Myers’ McGregor Boulevard is lined on both sides with statuesque royal palm trees, the first 200 of which were imported from Cuba and planted by Thomas Edison.

The first tourist to visit Southwest Florida was Spanish explorer Ponce de Leon, who visited Pine Island in 1513 and was later mortally wounded in these same waters by a Calusa Indian arrow.

Family Fun magazine announced its travel awards, the result of polling 2,000 American families to rate their favorite destinations across five categories. The top overall winner was Sanibel, Florida, an island town with ample white beaches and seashells, and the power to chill out even the most high-strung parents and kids.

The sport of tarpon fishing originated in Southwest Florida’s Pine Island Sound in the late 1880s, and Boca Grande Pass, the opening between Cayo Costa and Gasparilla Island, is considered the “Tarpon Fishing Capital of the World.” 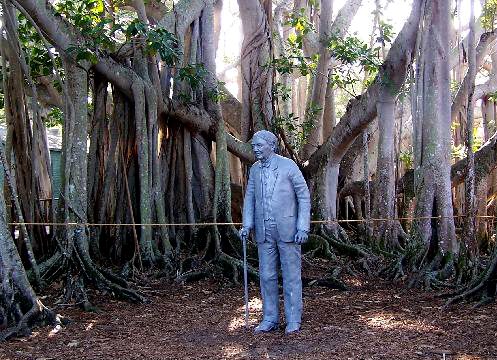 Thomas Edison, who spent many winters in Fort Myers, is considered the most inventive man who ever lived, holding 1,093 patents for everything from light bulbs, cement and phonographs to the natural rubber he made from goldenrod.

The banyan tree at the Edison Winter Home, a gift from industrialist Harvey Firestone, is the largest specimen in the United States. The tree’s aerial roots now have a circumference of more than 400 feet! I visited this past Christmas, and it is amazing how wide this tree reaches. It made me think that redwoods go up and banyans go out!

Lee County area beaches are ranked some of the best in the nation for shelling, with more varieties found here than anywhere else in North America. The shelling posture are so common; they are given names – the Sanibel Stoop and the Captiva Crouch.

Koreshan State Park in Bonita Springs commemorates an eccentric religious sect, which believed the world to be a hollow globe, with mankind residing on the inner surface, gazing into the universe below.

Anne Morrow Lindbergh, the wife of America’s famous aviator, wrote her best-selling book, “A Gift From the Sea,” without ever identifying it as Captiva Island.

Legend has it that Spanish pirate Jose Gaspar made his home in Pine Island Sound, reportedly establishing headquarters on Sanibel Island, holding his female prisoners captive on Captiva Island, burying his booty on Gasparilla Island, and imprisoning his beloved Mexican Princess Joseffa on Useppa Island. Rather than be taken prisoner by the U.S. Navy, the scoundrel drowned himself in anchor chains in 1821, the same year Spain sold Florida to the U.S. government for $13 million.

Cape Coral has more canals than the Italian city of Venice.

Some of the original settlers to the Lee County area were flower growers from the Benelux region of Europe. At one time their horticultural efforts made Fort Myers the “Gladiolus Capital of the World.” 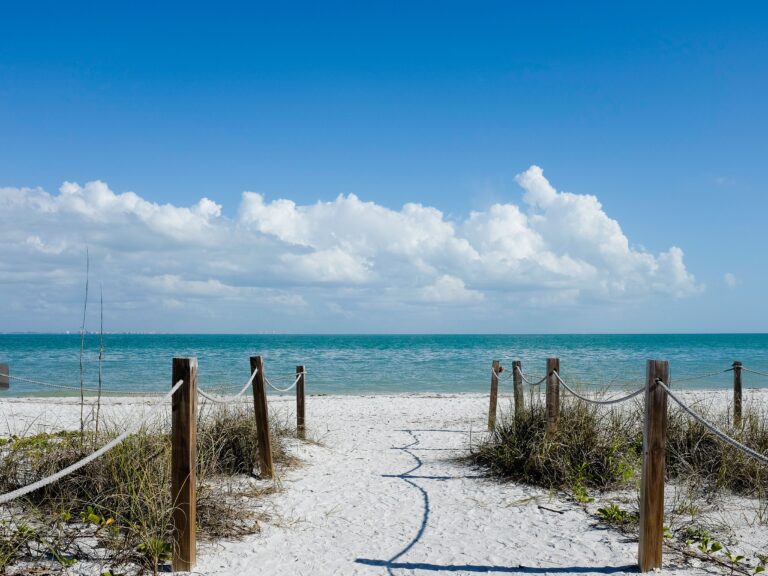 The Beaches of Fort Myers & Sanibel is one of the few places in the world where a person can make a living as a shelling charter captain. Among the rare shells collected here are the brown speckled junonia, sculpted lion’s paw, coveted golden olive, golden tulip and Scotch bonnet. Lee County has banned live shelling and encourages shell seekers to pick up treasures that have washed up on shore.

One of the southernmost land battles of the American Civil War was fought in Fort Myers on Feb. 20, 1865 over cattle, with both sides claiming victory.

Calusa Indian culture, carbon dated to 1150 B.C., had its cultural center in Southwest Florida. Although the tribe is now extinct, ceremonial, burial and refuse shell mounds are found at Mound Key, Pine Island, Cabbage Key, Useppa Island and elsewhere in the vicinity.

Since 1937, the Sanibel Shell Show has highlighted the art and beauty of shelling.

Cayo Pelau is said to be haunted by the ghosts of Jose Gaspar’s pirates who, legend has it, buried their personal wealth here and linger to prevent treasure hunters from disturbing their plunder.

The Beaches of Fort Myers & Sanibel is widely recognized and consistently ranked as one of the nation’s top destinations for beach combing, shelling, kayaking and bird watching.

The walls of Cabbage Key’s historic inn are papered in more than $70,000 autographed dollar bills. About $10,000 a year falls off, which goes to charity. The inn, built by playwright Mary Roberts Rinehart and her son in 1938, serves breakfast, lunch and dinner to guests and boaters at Mile marker 60 on the Intracoastal Waterway. It’s an amazing place to visit and I highly recommend going. The Wells family runs the business know and do a remarkable job. The food and staff are amazing the island is gorgeous. There are huge Royal Poincianas , palm tress and they even have gopher tortoises cruising around nibbling on grass.

Credit to the www.fortmyers-sanibel.com website for sharing this cool information.

Call us for all your home insurance needs. Goodland & Swank wants to make sure you are prepared for any situation and that everything you care about is covered, including your home, personal property, car, and more.

Committed to
Serving Our Customers

Goodlad & Swank Insurance is a family-owned insurance agency founded in 2009. We’ve built a team of knowledgeable professionals that value integrity, caring for our clients, and offering you superior service.

We’ve partnered with one of the largest selections of carriers in all of Florida making it easy for you to have a one-stop-shop for all your insurance needs.

An unforeseen event coupled with inadequate insurance can quickly result in financial trouble. We recognize that addressing insurance may not be your idea of fun, but our goal is to make the process as enjoyable as possible. In the end, you may just find yourself letting us know what the grandkids are up to or how the honeymoon went. Get to know us, you’ll be happy you did.

You can access the top-rated insurance companies in Florida for primary and second homes, condos, and the property you rent to others.

You benefit because we’ve partnered with some of the largest, most-respected auto insurance carriers in the industry to provide coverage for cars, motorcycles, motor homes, and recreational vehicles.

We work with premium carriers and brokers to offer a full suite of insurance options for residential condominium associations across Southwest Florida.

Protect your legacy. Whether life insurance is for your family or your business we can help you find the right policy at the best possible price.

Have been working with Goodlad & Swank agency for five years. Have always been very helpful!

This is an amazing company to do business with. I have several properties and slowly I have changed all properties to be with Goodlad & Swank Insurance.

Great services. I have been using them for several years now. Thanks team!

Fast, courteous, professional service with comparable rates. What else do you need?

Had one of the best experience ever at this insurance company. You feel like family and everyone here is friendly.

I had a great experience with this Company! I highly recommend! Mary Beck was very helpful, very professional and very quick to respond to my emails.

Have been working with Goodlad & Swank agency for five years. Have always been very helpful and have given us good options to choose from.

I had some issues with my previous home owners insurance company. David at Goodlad & Swank went above and beyond to try to help me out.

Went out of their way to be professional and helpful. Would highly recommend this agency.

Join our many, happy customers!